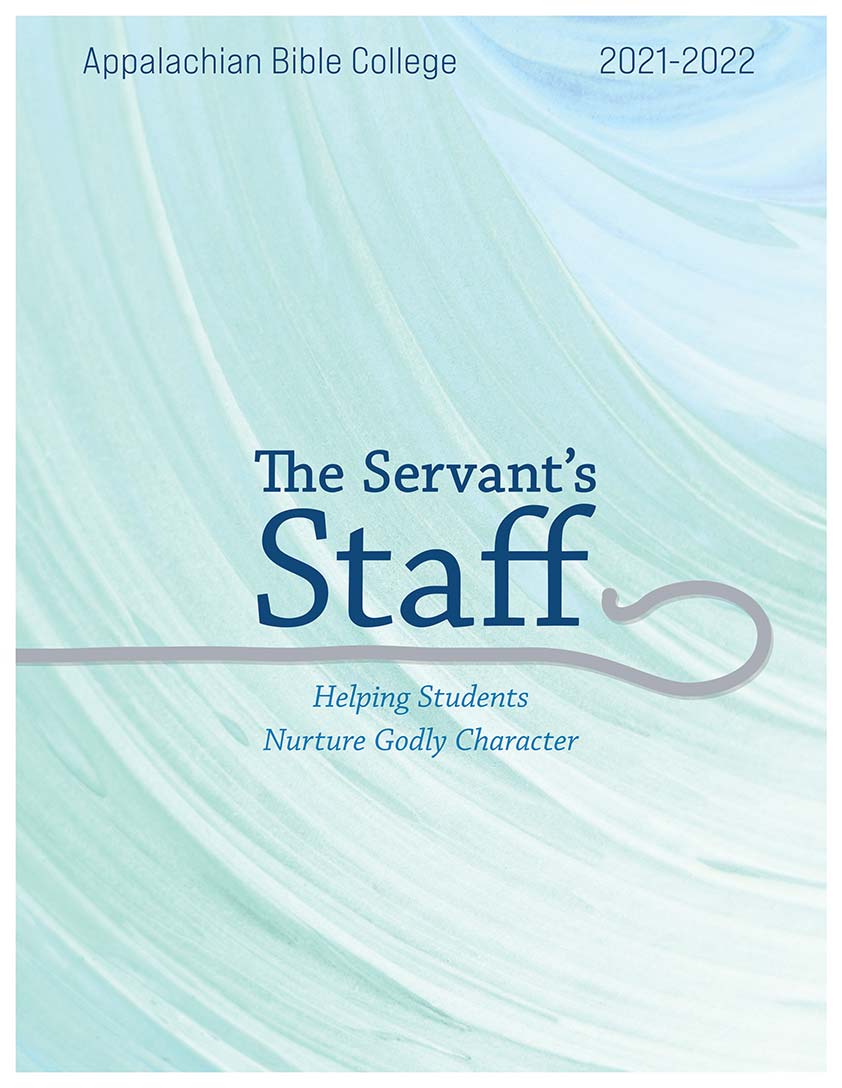 Every college has a student handbook which defines life on campus. In other words, the rule book! At Appalachian Bible College, it's called the "Servant's Staff" because it is a tool—just like a shepherd's staff—to guide you in becoming a more effective servant of God and others.

The standards are meant to be a help, not a hindrance. Finding the right balance is accomplished through compassionate guidance and a constructive approach to nurturing character in light of God's Word. This begins with the Servant's Staff, which is organized around nine biblical character qualities:

As an online student you are just as important as ABC's residential students. You will be encouraged to nurture the same character traits even though you will not be participating in on-campus activities. The Servant's Staff for ABC Connect will guide you in becoming a more effective servant of God and others.

Are you coming to ABC as a married student planning to live on campus in the Appalachian Village? The Tenant Handbook supplements the Servant's Staff and answers many of the questions you and your family may have about living here.

Occasionally, the intense atmosphere of college presents opportunities for counsel as character issues come to the surface. If you violate a standard, the student deans or resident assistants will call your attention to the character issue, as well as the reason and the scriptural basis for developing the applicable character quality. These talks are called "care-frontations" and are approached with compassion.

It is not the goal to point out every flaw in a student's life. Everyone is in the growing process. Not all standards in the Servant's Staff are based on the Bible; some are necessary due to the college setting. Nor are the College's standards equated with God's standards. It is exciting, however, to see growth in young men and women when they are shown from God's Word why He wants them to change an area in their life. Sometimes the transformation is dramatic and life-altering. The hope is that you will leave ABC as an experienced, trained servant ready to be used by God.